Go off the beaten track and explore fabulous Australia beaches with a self-driving itinerary. Then, head to Sydney and see the city like a local with unique experiences.

From $6,599 per person 13 days Airfare additional cost Based on 2 travelers

From $6,599
per person
13 days
Airfare additional cost
Based on
2 travelers

We planned this Australia Beaches and Sydney Vacation for a couple celebrating their 10th anniversary. They were returning to Australia for the third time and wanted to do something different, so we sent them to some of the country’s best uncrowded beaches and planned unique experiences in Sydney.

They began their Australia Beaches and Sydney Vacation in Noosa, a fabulous resort town on Australia’s Sunshine Coast. They self-drove to a luxurious resort with prime beach access, and spent their first day relaxing on the beach and exploring the fine dining and shopping on offer. The next day, they took an overnight 4WD tour of the area’s spectacular, secluded beaches, with plenty of time to stay longer at their favorite stops.

After 3 nights in the Noosa area, they drove to Spicers Peak Lodge, a luxury lodge in the Scenic Rim that offers the ultimate outdoor escape. Here, they went hiking in the forests and mountainous landscapes of the property with expert guides and enjoyed delicious meals each night made with fresh ingredients from the farm. They also decided to drive out to some of the wonderful wineries located in the Scenic Rim.

Next on their Australia Beaches and Sydney Vacation, they drove to the sumptuous Halcyon House. They spent 3 nights at this beachside hotel on the east coast, exploring Cabarina Beach by bicycle and driving out to some of Australia’s best uncrowded beaches for world-class diving.

The last stop on their Australia Beaches and Sydney Vacation was Australia’s capital: cosmopolitan Sydney. Here, they stayed at QT Sydney, which offers quirky interiors and a perfect downtown location. Having been to Sydney before, they wanted plenty of leisure time to delve into city life. However, we also planned some unique experiences for them: a magnificent lunch cruise on Sydney Harbour and a small bar walking tour that gave them a taste of the city’s best small bars, plus a local take on Sydney history and culture.

At last, their Australia Beaches and Sydney Vacation came to an end. They took a private transfer to the airport to begin their trip home.

Welcome to Australia! Upon arrival in Brisbane, pick up your rental car and head to Noosa, a luxurious resort town on Australia’s Sunshine Coast. Settle into your fabulous accommodations, then head to the beach!
Peppers Noosa Resort and Villas

Day 2
Enjoy an overnight 4WD tour along the coast to see all of the wonderful beaches of this area. Your small-group vehicle will drive right on the sand, so you can soak in all the scenery and wildlife. You also have the freedom to spend extra time at any of the stops. Enjoy lunch at the Rainbow Beach Surf Club and stay overnight in a luxurious hotel on the coast.
Rainbow Ocean Palms Resort

Day 3
Enjoy a leisurely morning on the beach before being picked up in the afternoon to begin the journey back to Noosa, where you can spend the rest of the day as you please.
Peppers Noosa Resort and Villas

Day 4 – 6
Today, drive to Spicers Peak Lodge, located in the aptly named Scenic Rim. Your stay here is entirely at leisure. In the vast wilderness surrounding the lodge, you can explore on foot, on mountain bike, or on a 4WD tour. Short excursions will bring you to plenty of other gorgeous hiking locations or award-winning wineries.
Spicers Peak Lodge

Day 7 – 9
Take a leisurely drive to the luxurious Halcyon House, your home for the next 3 nights. Here, you can use complimentary bicycles from the hotel or enjoy a picnic on the beach. There are also countless uncrowded beaches nearby that are ideal for surfing, snorkeling, diving, and dolphin watching.
Halcyon House

Day 10
It’s off to Sydney! Drive to the airport and drop off your car before flying to Sydney. Upon arrival, enjoy a private transfer to your hotel. With quirky and comfortable rooms and a prime downtown location, QT Sydney is perfect for a unique Sydney experience.
QT Sydney

Day 11
Spend the morning sightseeing, then head to Sydney Harbour for a fabulous lunch cruise. Indulge in a gourmet lunch or lunch buffet while cruising the harbour, all with the Sydney Opera House and Harbour Bridge as your backdrop.
QT Sydney

Day 12
The day is yours to spend at your leisure. This evening, join a small group for a walking tour of Sydney, where you’ll learn about the history and culture of the city from a truly local perspective. See local hangouts and hidden gems, stopping along the way for hors d’ouvres and cocktails at 3 fabulous small bars.
QT Sydney

Day 13
Today marks the end of your Australia Beaches and Sydney Vacation. Enjoy a private transfer to the airport, where you’ll begin your journey home. 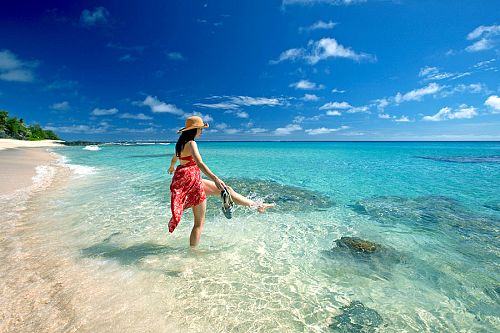 Hello there mates! The dreary February weather here in the Midwest has us dreaming of white sandy beaches and turquoise waters. Below is a list of some of our all time favorite best beach vacations and destinations. Australia: Whitehaven Beach Private picnic on Whitehaven Beach in the Whitsundays. Image courtesy of Ellen Hoffman Whitehaven Beach Read More… Sydney, Australia has a seductive outdoor lifestyle and great natural beauty. The iconic Sydney Opera House is well worth a visit, and if you have a head for heights, take the Sydney Harbour BridgeClimb for stunning views and a great adventure. Be sure to see the city from the water, explore hidden beaches on beautiful Read More… Queensland is located on the northeast part of Australia, home to gorgeous beaches and sunny weather. This vast state is home to amazing landscapes, vibrant cities, and 300 days of sunshine a year! Explore the rainforest, immerse yourself in Aboriginal culture, experience cosmopolitan buzz in Brisbane, or discover the colorful marine life of the Great Read More… 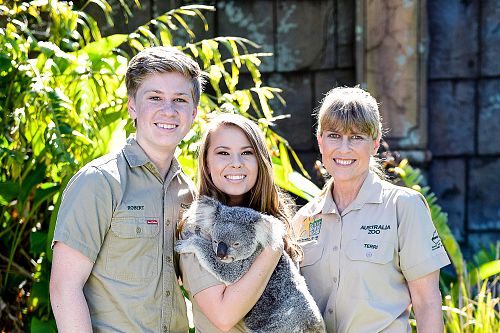 You can’t get a more quintessential Australian wildlife experience than visiting the Australia Zoo and seeing Steve Irwin’s legacy firsthand. The Australia Zoo, founded by the original Crocodile Hunter Steve Irwin, runs one of the largest wildlife conservation programs in the world. All money raised is put back into wildlife projects and conservation efforts around Read More…