Want to see New Zealand wildlife on your next vacation? New Zealand is filled with unique animals—although they are not always easy to spot! From the fascinating kiwi bird to the world’s smallest penguins, New Zealand is home to many species of animals. Most of the species are not native to New Zealand; the only native mammals are bats and marine mammals.

See if you can spot this unique wildlife in New Zealand:

The Kiwi bird is so iconic that New Zealanders are known as Kiwis. These cute, fluffy birds are only found in New Zealand. They’re quite shy and only come out at night, so it’s rare to spot them in the wild.

It’s difficult to see Kiwi birds in the wild, but you can see them at a New Zealand wildlife sanctuary. We recommend the Kiwi Birdlife Park in Queenstown or Rainbow Springs Nature Park in Rotorua.

Sheep are not technically “wildlife,” but there sure are a lot of them—in New Zealand, there are about 10 sheep for every person! You’ll be sure to see plenty of them as you drive through lush, rolling farmland on the North and South Islands.

As we mentioned above, you’ll certainly see plenty of sheep as you’re driving from one place to the next. But if you really love sheep and want an authentic New Zealand experience, you can stay at a working sheep farm like Annandale on the South Island (complete with luxurious villa accommodations). Or take the kids to the Agrodome in Rotorua to see live sheep herding and shearing demonstrations.

Seeing the yellow-eyed penguin is a must for birders. Image: Tourism New Zealand

Yellow-eyed penguins are among the largest penguins in the world, with adults reaching up to 2.5 feet tall, and can be found on the coasts of New Zealand.

Yellow-eyed penguins can be found on the Otago Peninsula, including the city of Dunedin. You may be lucky enough to see them waddling along the beaches on your own, but we recommend taking a wildlife tour from Dunedin if you really want to see the penguins!

Dusky dolphins are often found among other species of whales and dolphins. Image: Encounter Kaikoura

Most people don’t think of dolphins when they think of New Zealand wildlife, but there are plenty along the coasts of this small island country. Dusky dolphins are super acrobatic and can be seen leaping out of the water and tumbling in the air. They’re very social and speedy swimmers. Clicks, squeaks, and whistles can be heard almost 2 miles away when they communicate out of the water.

You can go swimming with dusky dolphins on a tour from Kaikoura. Be sure to do your research and choose an ethical tour operator! We have a great partner in Kaikoura that ensures a fun experience for both humans and animals.

Albatrosses can live up 40 years in the wild. Image: Encounter Kaikoura

Did you know that albatross spend most of their life at sea, sometimes flying up to an estimated 118,060 miles per year? They have a huge wingspan, some reaching up to 10 ten feet across! They only spend time on land when they return to breed and raise their young. Albatross are also one of the few species that mate for life.

There’s only one place in the world where royal albatross breed on the mainland, and it just so happens to be about 20 minutes’ drive from Dunedin!

Little blue penguins are the smallest penguins in the world at just 13-17 inches tall. They usually nest in burrows, rock crevices, caves, or even under buildings. They only come ashore at dusk, which makes them easy to spot along the shore.

Ready to begin planning your own vacation to see New Zealand’s wonderful wildlife? Browse our New Zealand travel packages, or give us a call at 888-229-0082 to start planning the adventure of a lifetime! 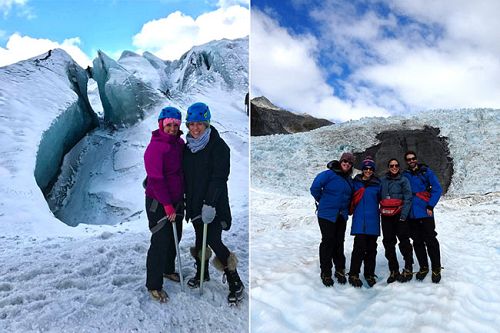 I was recently reminiscing about my trip to Iceland and thought I would tell you a bit more about it.  I would say that Iceland is very comparable to New Zealand in the types of activities that are available.  Both are worth a visit, but read below for the most important differences between the two. Read More… 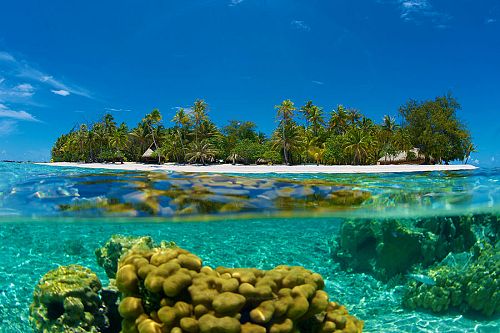 Since the pandemic shut down most countries across the world, most Americans have had planned trips cancelled or postponed for the year.  We know that holiday travel is on your minds and that a lot of you really just want to travel again.  With places in the Caribbean and Africa opening up to Americans, the Read More…

In the age of a global pandemic, it may not feel like the right time to be planning travel. We understand you may have had to put current and upcoming travel plans on hold – we definitely have. And with quarantine measures in place, we know we are all craving for the time when we Read More…