From $15,929 per person 14 days Includes in-country flights Based on 2 travelers

From $15,929
per person
14 days
Includes in-country flights
Based on
2 travelers

This package was planned for two Florida ladies wanting to celebrate 20 years of friendship. They both had a passion for travel and New Zealand was on their bucket list.

After a long time traveling, the duo hopped in their rental car where they drove to Fiordland Lodge. Here, they were welcomed with amazing staff and a beautiful lodge room where they were staying for four days. On the second day, the friends boarded a helicopter for a private scheduled helicopter cruise around Milford Sound. Not only did they spend their second day exploring one of the most beautiful areas in New Zealand but they were able to create lasting memories celebrating 20 spectacular years of friendship! They spent the rest of their time in Tea Ananu – Fiordland Lodge relaxing.

On the fourth day, the dup headed to Queenstown – Azur Lodge where they stayed in a breathtaking villa with breakfast included. They stayed in Azur Lodge for three days where they explored, laughed and so much more. On the fifth day, the duo embarked on a second helicopter cruise over Waiheke Island where they finished the helicopter cruise with a private picnic on the peak. They spend the rest of their time in Queenstown relaxing.

On the seventh day, the dup rented a car in Auckland and took it to Kaikoura where they stayed at Hapuku Lodge in an upper branch treehouse. On the seventh day, the two friends went on a dolphin encounter which was top of their bucket list. Swimming with such beautiful creatures was something truly memorable for the friends.

On the 9th day, the friends spend the rest of their time in New Zealand in Auckland and Waiheke Island. They explored the boatshed, Ananda wine tours, fullers Auckland and finished their 11 days off with a private chauffeur drive to the airport.

As the friends arrived at the airport in Kokomo – Fiji, they were met by a private representative from the resort. As they approached the hotel – they were greeted by a wonderful staff, beautiful accommodations, and an idyllic atmosphere. The final days were spent on the spectacular private island of Kokomo – Fiji where the duo relaxed. They spend four nights in a beachfront villa with all meals and non-alcoholic beverages included.

They left with full hearts. Hand in hand, the friends celebrated a beautiful lengthy friendship of twenty years. With many more years and adventures to come, the duo couldn’t have celebrated twenty years of friendship any differently.

Welcome to Auckland, New Zealand! A rental car is awaiting your arrival as you embark on a journey of a lifetime! Spend the first four days in the luxurious Fiordland Lodge – Lodge room. With full accommodation, you are sure to have the experience you’ve always wished for.
Fiordland Lodge

Day 2
It’s day two and already time for adventure! Head on a helicopter cruise with Te Ananu helicopters – a trip you are sure to remember forever.
Fiordland Lodge

Day 5
It’s day five and time for a second helicopter adventure accompanied with a picnic on the peak. All taking place on a private basis, your romantic, welcoming or solo helicopter ride will top off the middle of your trip. Whether you are traveling solo or with a loved one, The Helicopter Line will make you feel welcomed.
Fiordland Lodge

Day 7
Ready to explore a new lodge? Hapuku Lodge is a beautiful upper branch treehouse ready for your stay! Located in Kaikoura, it is sure not to disappoint. Spend the rest of your day at leisure after you arrive.
Hapuku Lodge

Day 8
A dolphin encounter is top of the list for many. On the eight-day, you can plan to encounter these beautiful and brilliant creatures with Encounter Kaikoura!
Hapuku Lodge

Day 9
Spend your day at leisure. Take a private transfer sedan to your next destination.
The Boatshed

Day 10
You’ve arrived at your next location – The Boatshed! Breakfast is included while you finish your time here in New Zealand. Today, you’ll venture on an exclusive wine tour with Ananda Tours in the beauties of Auckland.
The Boatshed

Day 11
Take a private chauffeur sedan drive to the airport where you will finish your vacation on the wonderful private island of Kokomo – Fiji. Once you arrive at Kokomo, a representative from the private island will escort you to paradise.
Kokomo Private Island

Day 12 – 14
Your final days will be spent in pure relaxation on the private island of Kokomo – Fiji. Spend 4 nights at the private island resort in a bedroom beachfront villa. Enjoy the spa or any of the activities at the resort.  All meals and non-alcoholic beverages are included.
Kokomo Private Island

Day 15
Your adventure has come to a close! Take a private chauffeur sedan drive to the airport where you will say goodbye to your adventure with full hearts and memories to last a lifetime.

New Zealand is like no other country I’ve ever experienced. Something about the inviting culture, peaceful surroundings, and a welcoming environment beckons me back for more.
-Debbie, DUE Travel Designer When you ask about the best things to do in Queenstown, most people will give you a long list of outdoor adventure activities: bungy jumping, canyon swinging, hiking, biking, kayaking, paragliding, jumping out of planes… the opportunities for adrenaline junkies are truly endless! But, you ask, what if I’m not super adventurous? Can I still Read More… Golf is a sport of strategy and leisure, which is hugely popular in Australia and New Zealand. You’ll find a plethora of courses throughout the countries, with Championship courses adorning the areas as well. From the beginner to the aspiring professional, you’ll find a course that will keep you on your toes and enjoying every Read More… With more people visiting Australia than ever before, our travelers are looking for more and more ways to travel Australia like a local. It’s predicted 2016 could be the first year Australia sees over 8 million international visitors. While we’re thrilled that the world is getting to know Australia, at Down Under Endeavours, we’re all Read More… 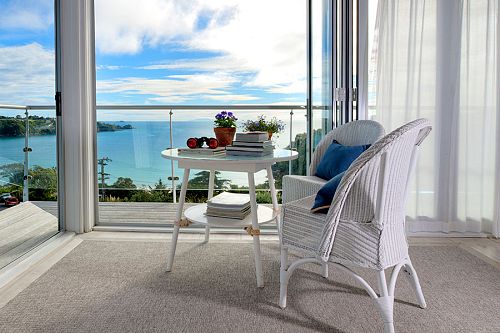 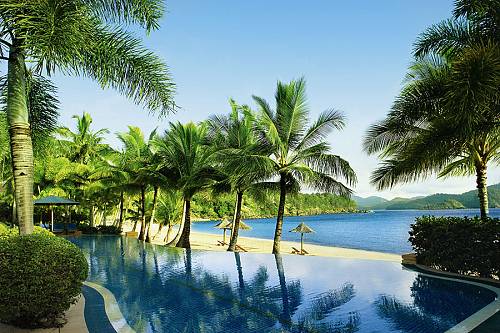 Live like a local in sunny Brisbane (before the rest of the world catches on to this under-the-radar destination!) and escape to beautiful Hamilton Island. Explore the Great Barrier Reef and Whitehaven Beach, and enjoy plenty of R&R at a stunning resort right on the beach. 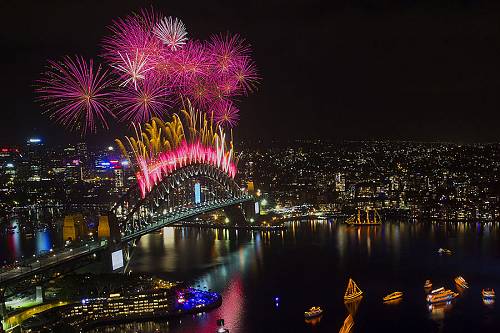 This Australian Birthday Trip includes all the highlights—Great Barrier Reef, the Outback, and Sydney—all with unique luxury experiences. 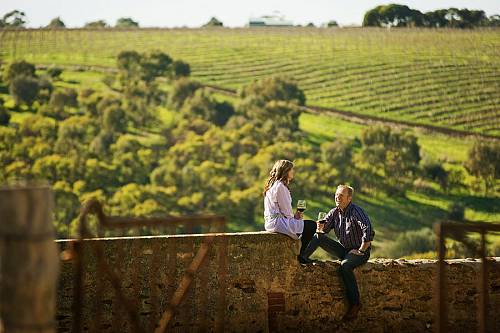 This lucky honeymoon couple from Canada had a full month for their Australia, New Zealand and Tahiti journey. So we selected one of our favorite South Pacific Vacation Packages. We sent them on an epic month-long journey guiding them through the highlights of the South Pacific experiencing the culture and landscape of New Zealand, Australia, Read More…